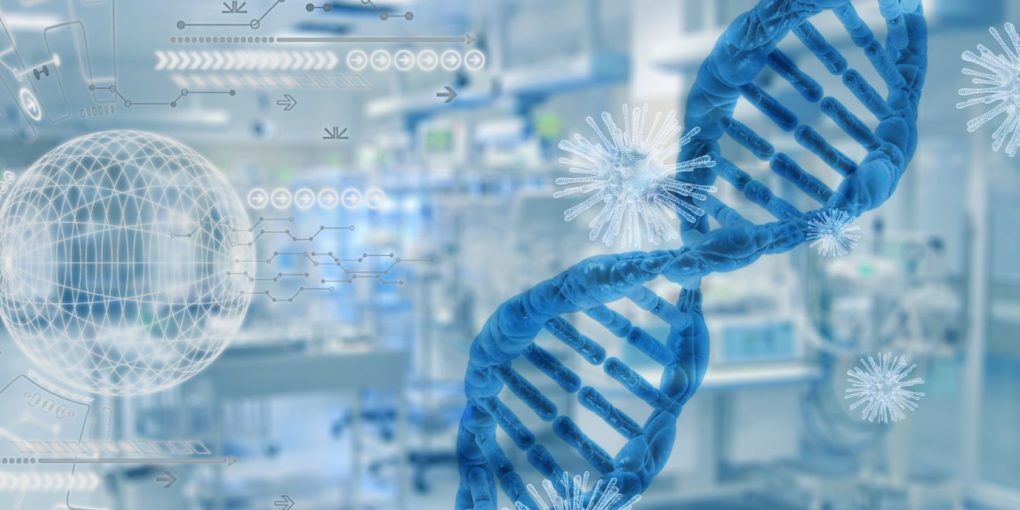 - the easy solution or rather unemployed than vaccinated?

Controversy: What works best against corona? Do vaccines or other measures offer the best protection for me?

Natural products proven to help against flu infections and SARS CoV-2 that anyone can easily get. Simple self-protection in a crisis with proven agents from natural products medicine.

Here you can learn about the background, mode of action and the so far observed and published vaccination side effects of the mRNA treatment from the entire range of publicly available, reliable and up-to-date professional sources.

More details and info in the JaVitalFit Fan Blog in the Fan section. Here you can get all the information about fan benefits and free registration as a JaVitalFit fan.

Even 20 years ago there were lively discussions about vaccinating oneself or one's own children. But today, few topics are as hotly debated as the Corona vaccine.

Before there were vaccinations, the natural remedy was childhood infection, which trained the immune system and produced lifelong antibodies. In the absence of vital substance deficiencies, immune responses to such childhood diseases are usually asymptomatic, mild and rapid. 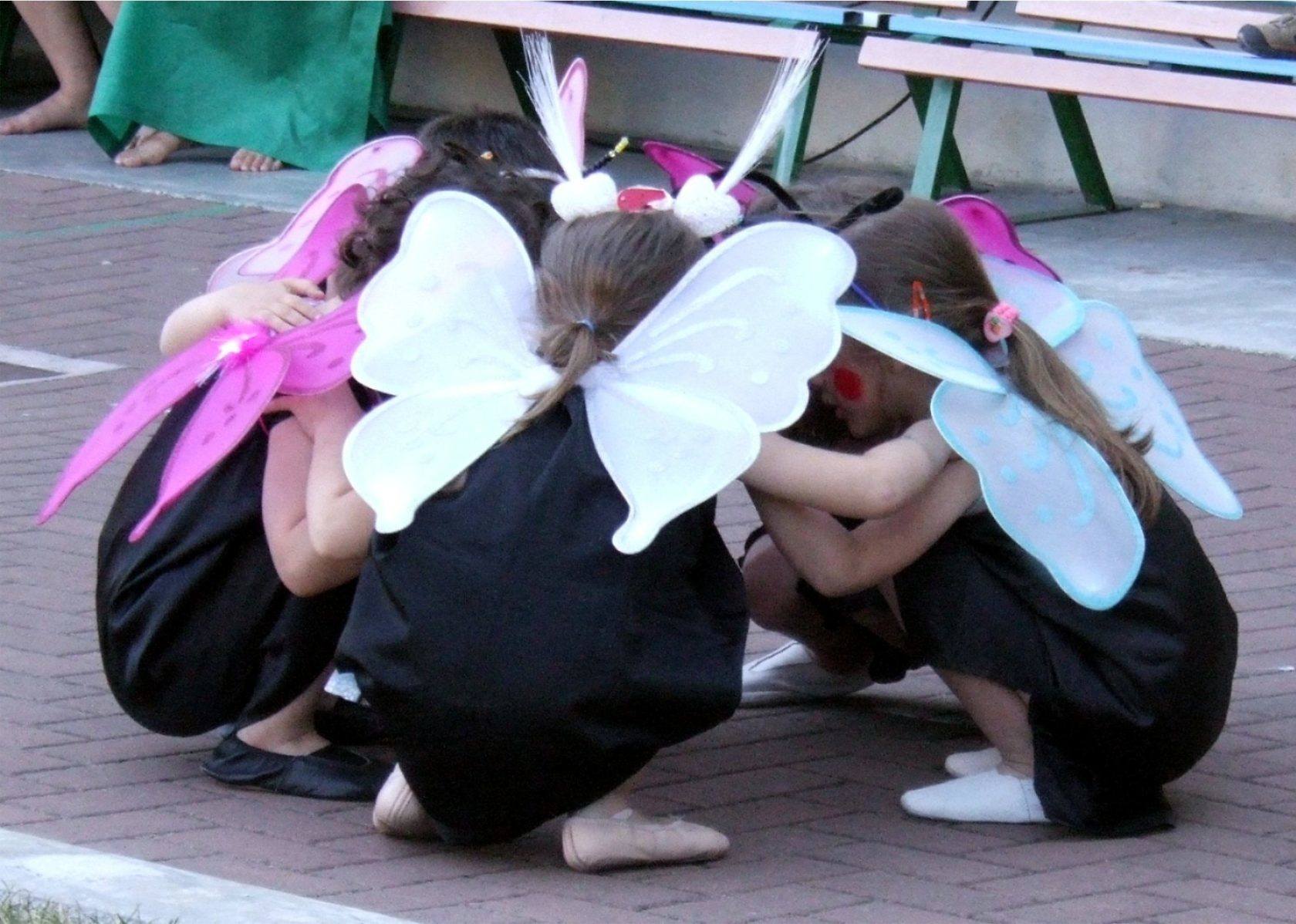 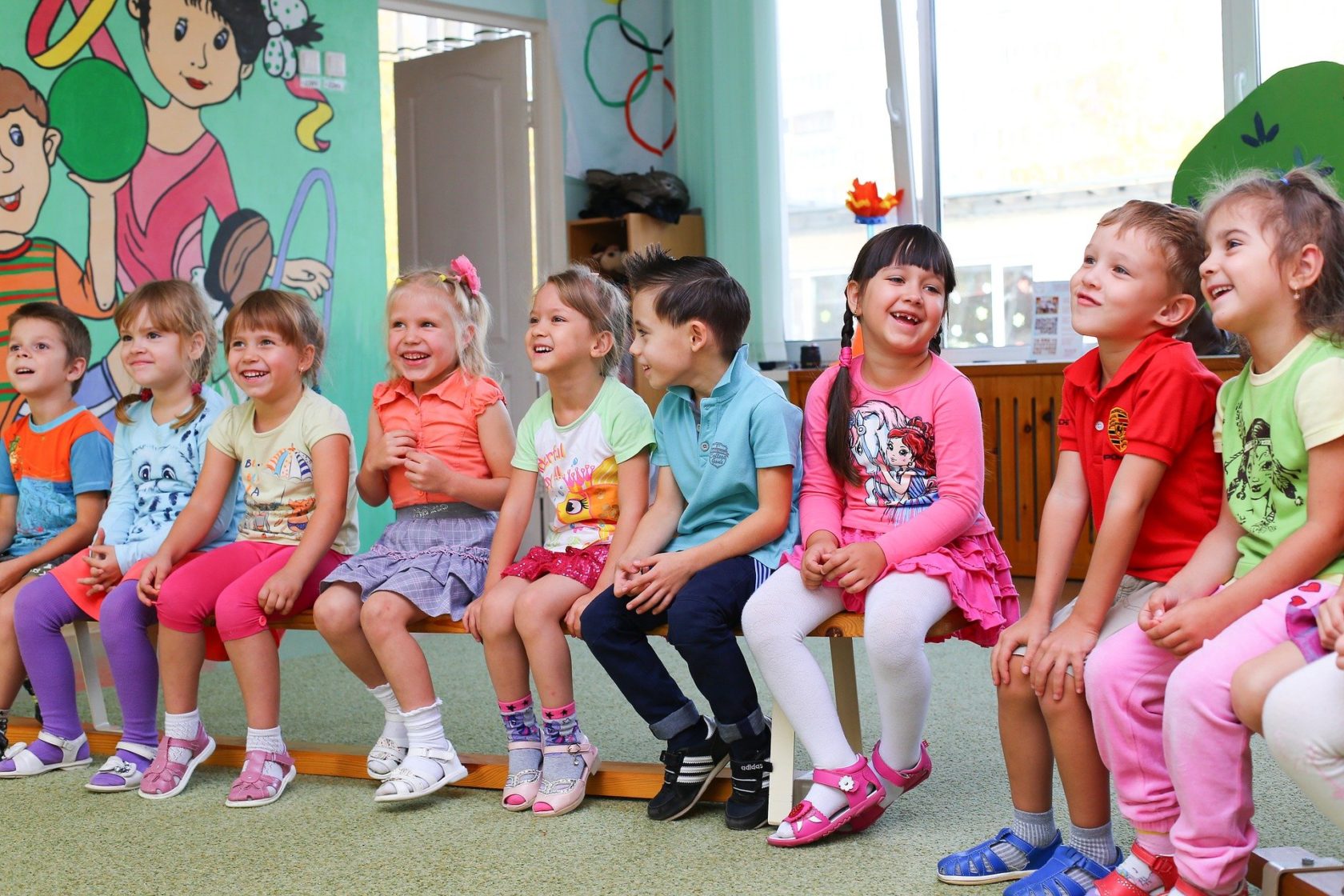 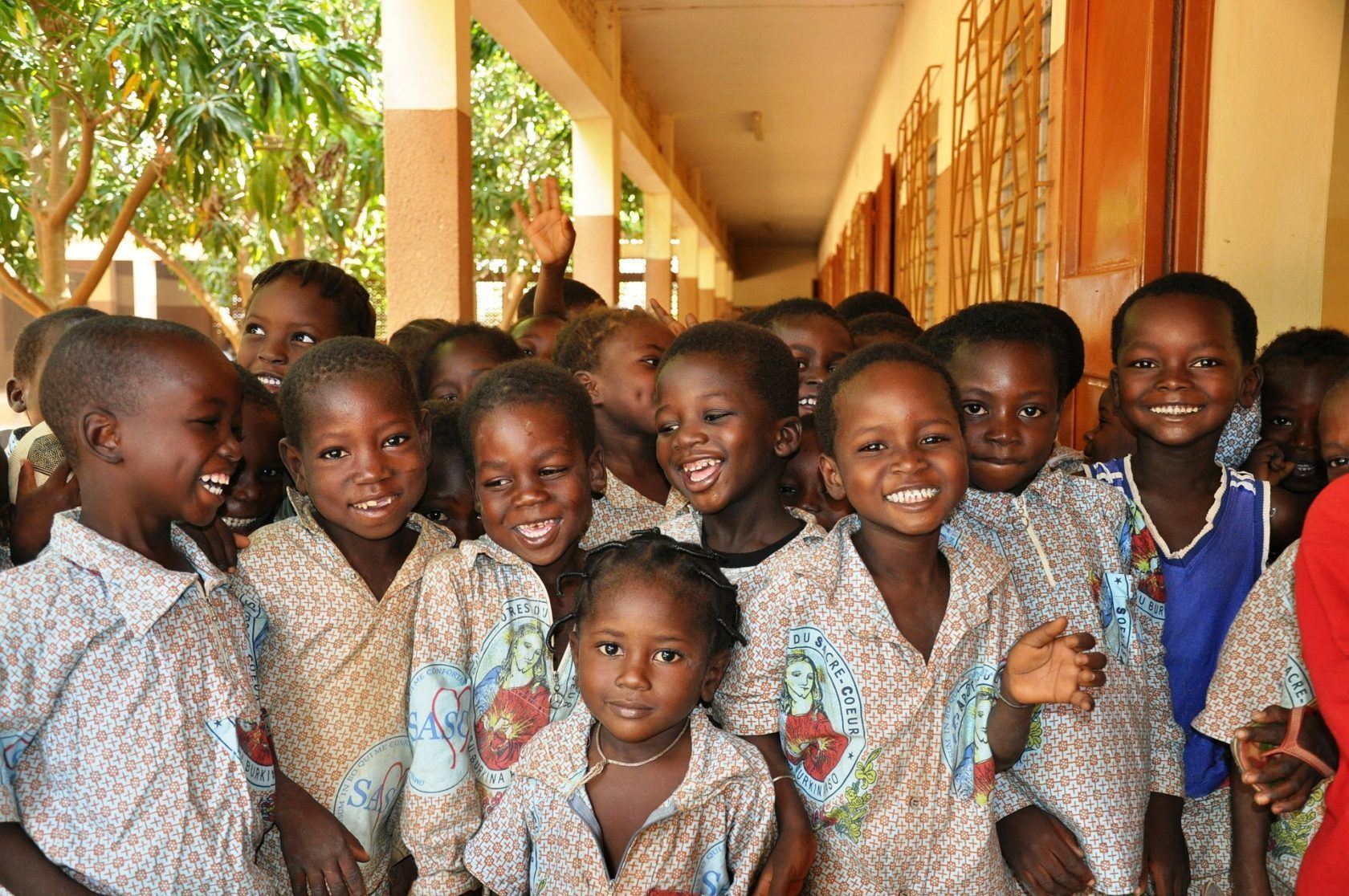 When vaccinations were invented, the aim was to induce immunization for pathogens that did not change very quickly. This meant that the vaccinated substances had an immunizing effect, even later, and infection was prevented.

Nevertheless, the evaluations of such vaccinations are disappointing, if not dismaying. Even in the case of measles vaccination, a very stable pathogen or disease pattern, it could be shown that as a rule unvaccinated children are considerably healthier than vaccinated children, as the Robert Koch Institute found. (23)

The normal flu vaccination before Corona has to fight against a virus or a disease pattern that changes rapidly. Every year the disease pattern or the so-called flu virus changes and since the vaccine material must always be obtained from the old virus, the vaccination helps only partially because the virus has evolved. (22)

Nevertheless one could speak here still of vaccines, because it comes according to official data to an immune response and the infection is reduced. (22)

The minimum lead time before a vaccine could be licensed by the government was 8 to 10 years. (22)

It is to be added that the additives, which contain the newer vaccinations increasingly fell into disrepute to cause strong side effects by harmful substances. New disease patterns are said to have arisen as a result of this and the vaccines, such as Asperger's autism.

Furthermore, according to the manufacturers, tissues from cattle and human fetuses are components of the vaccines. These must be obtained from living bodies. These components containing foreign genetic material are supposed to trigger a latent self-destructive autoimmune reaction in the immune system of the recipient. (11)

More and more well-researched book and film publications (Vaxxed and Vaxxed 2) in recent years by vaccination opponents warn and show the documented damage caused by vaccinations. Several lawsuits have been won recently in the U.S. by Robert F. Kennedy Jr. against the major vaccine manufacturers. It could be proven that evidence that active substances work and are not harmful was omitted.

According to the manufacturers, the active substances used as vaccines in relation to Covid 19 are not themselves vaccines by definition. Such a vaccine causes immunization and prevents infection. Neither occurs with treatment with mRNA. Such an injection of mRNA in a healthy person does not exempt from infection, transmission, all precautionary measures such as mask wearing, spacing, inconclusive PCR tests (1), unwarranted lockdown (3), reinfection and reinfection by mutations.

In this measure, an mRNA snippet, which is said to be from the virus, is introduced into the DNA of the recipient's body cell in a fat envelope. The body cell then replicates a synthetically produced pathogen throughout its life through this genetic treatment. (11)

80% of individuals infected with Corona pathogen Covid 19 showed no reaction, according to expert testimony by Dr. David Martin with the concurrence of Robert F. Kennedy Jr. who has successfully litigated several cases against vaccine manufacturers and another expert. 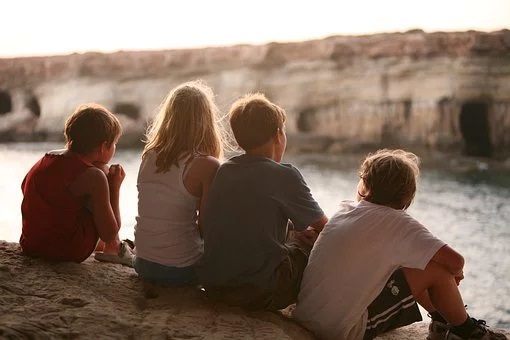 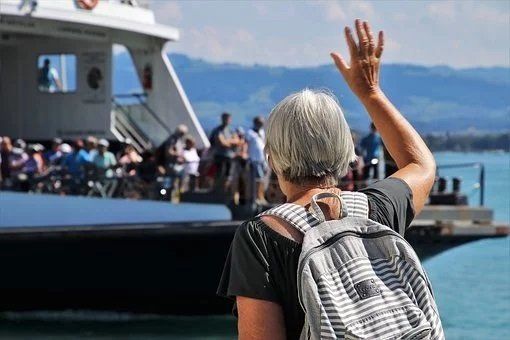 However, a clinical defense reaction was observed in 80% of the people who were injected with this synthetic pathogen, which is said to be derived from the virus, Dr. Martin said. These substances, which are injected, are therefore, according to the facts, intended to cause disease and not to induce immunization. At the same time, he said, it does not prevent the recipient from becoming infected or from being a carrier of disease.

Most of the time, people who undergo treatment are under social pressure, deciding out of fear for themselves or for those close to them. However, if no immunization takes place, this well-intentioned act for a good cause comes to nothing. 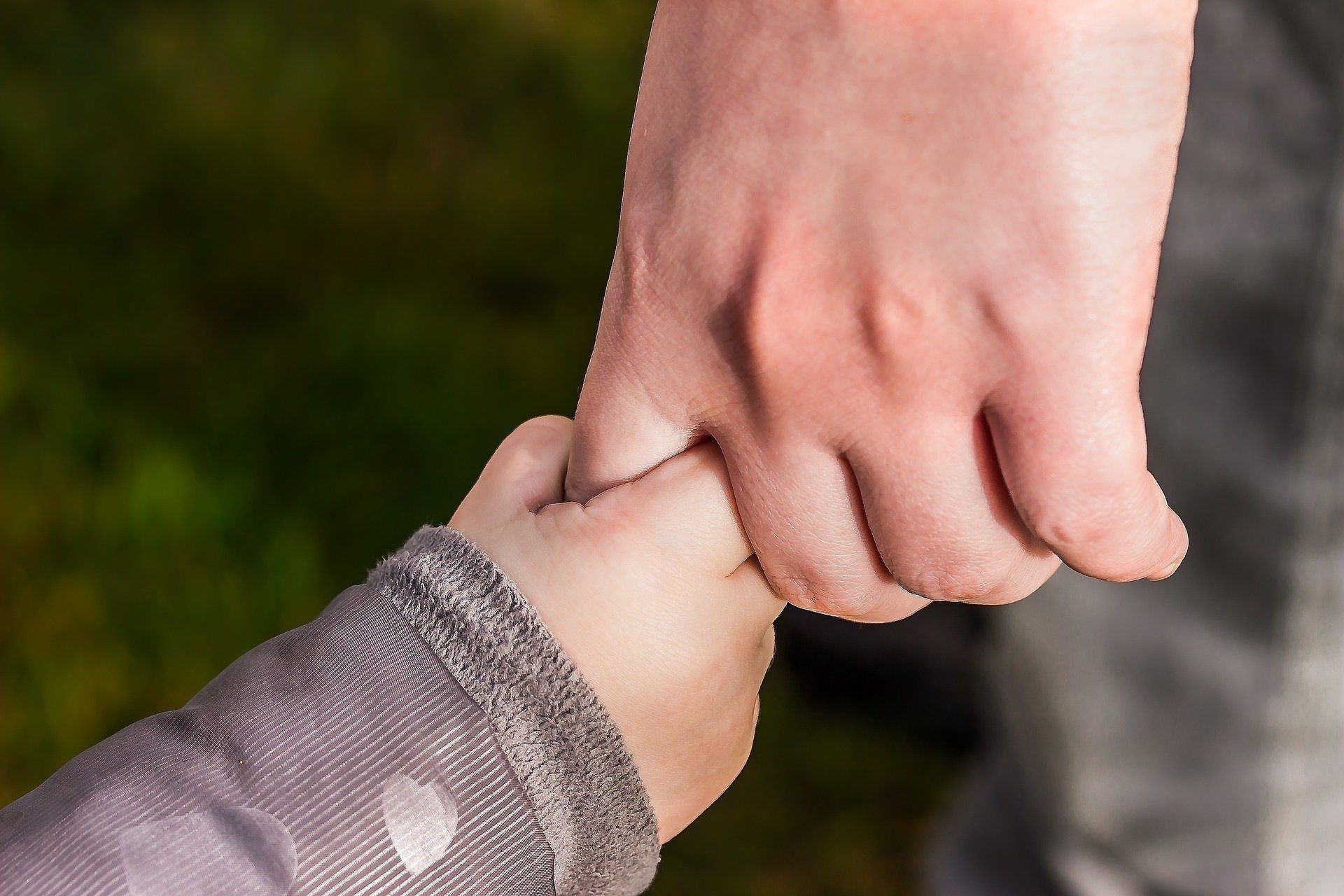 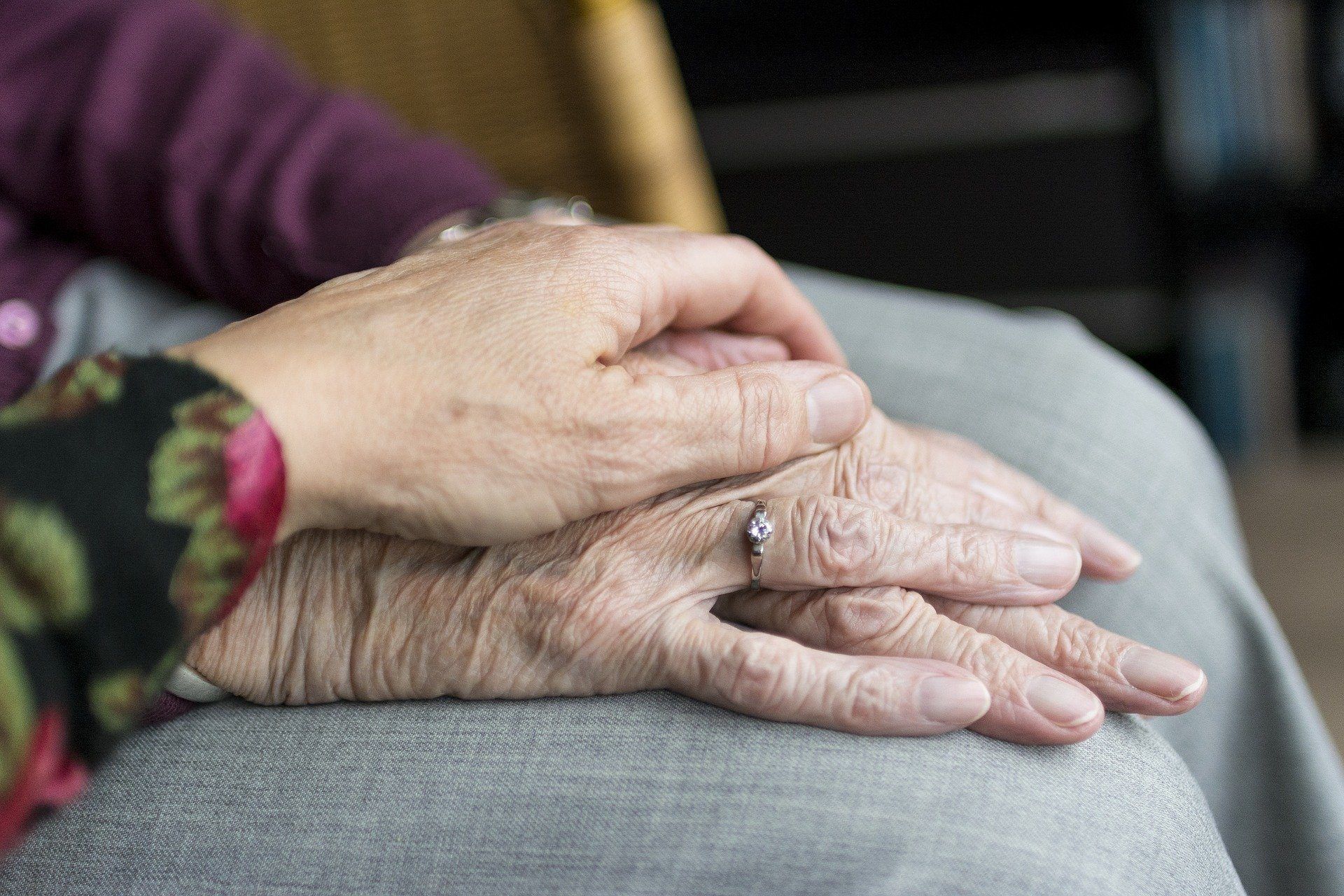 Worldwide, the proportionally exceedingly frequent violent reactions to this mRNA treatment are being denounced more and more loudly by public bodies or physicians. Side effects and deaths to mask wearing (2) and "vaccination" are described worldwide. (3) (4) (12) (13) (15) (16) (17) (18)

Therefore, an insufficiently secured novel non-reversible treatment is carried out on healthy people, which does not protect against infection, Dr. Martin continued.

By introducing a gene fragment that produces foreign mRNA directly into the body cell, the body itself produces the substances that make it ill, and this is not traceable.

Normally, an infection by pathogens leads to the body attacking the invaders, destroying them and producing antibodies. However, this reaction, a true immunization, would be bypassed in the case of Corona mRNA injections. Instead, there would be an often violent immune reaction directed against the foreign protein snippet and against the body's own gene-modified cells that produce the pathogen. 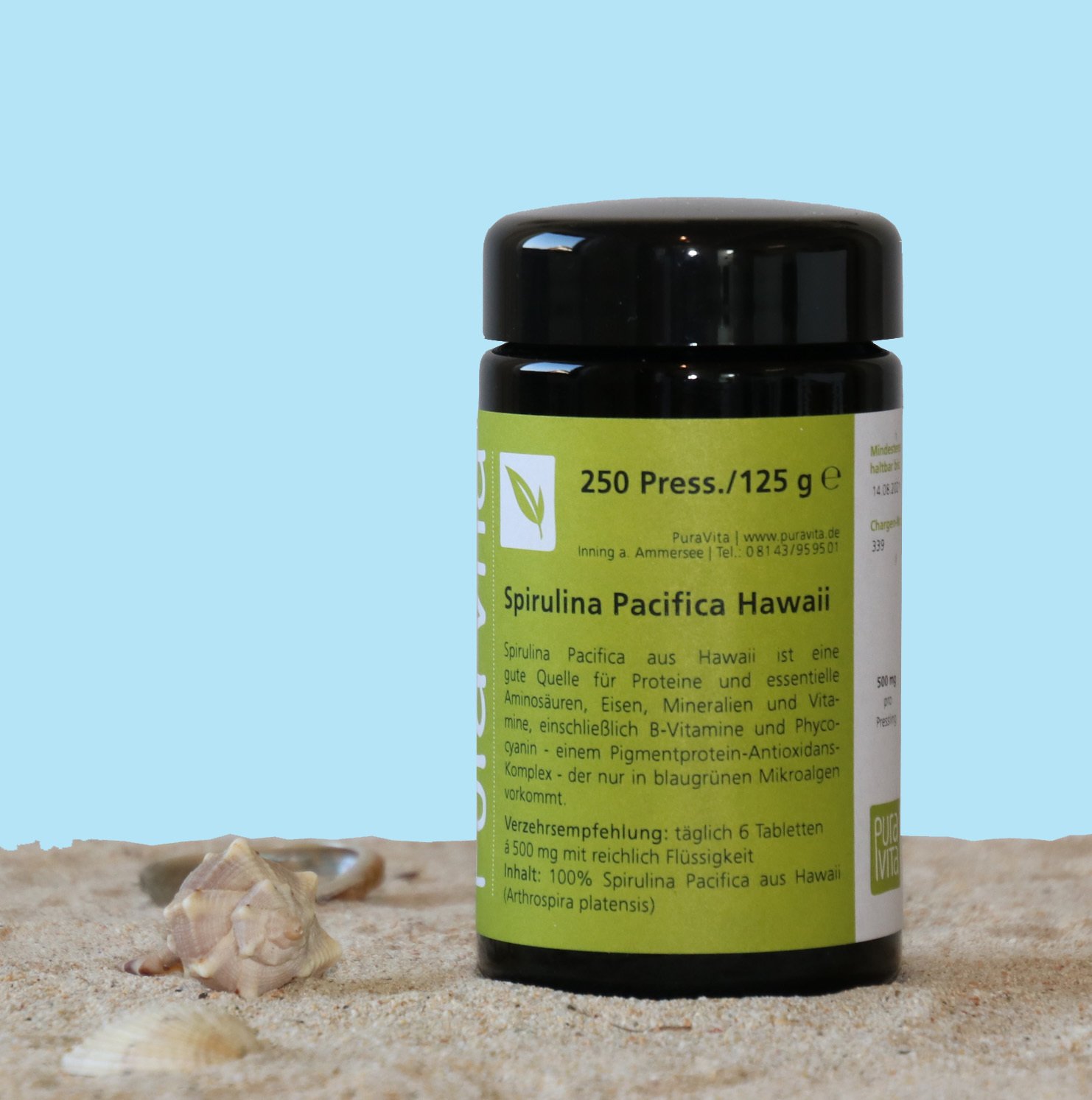 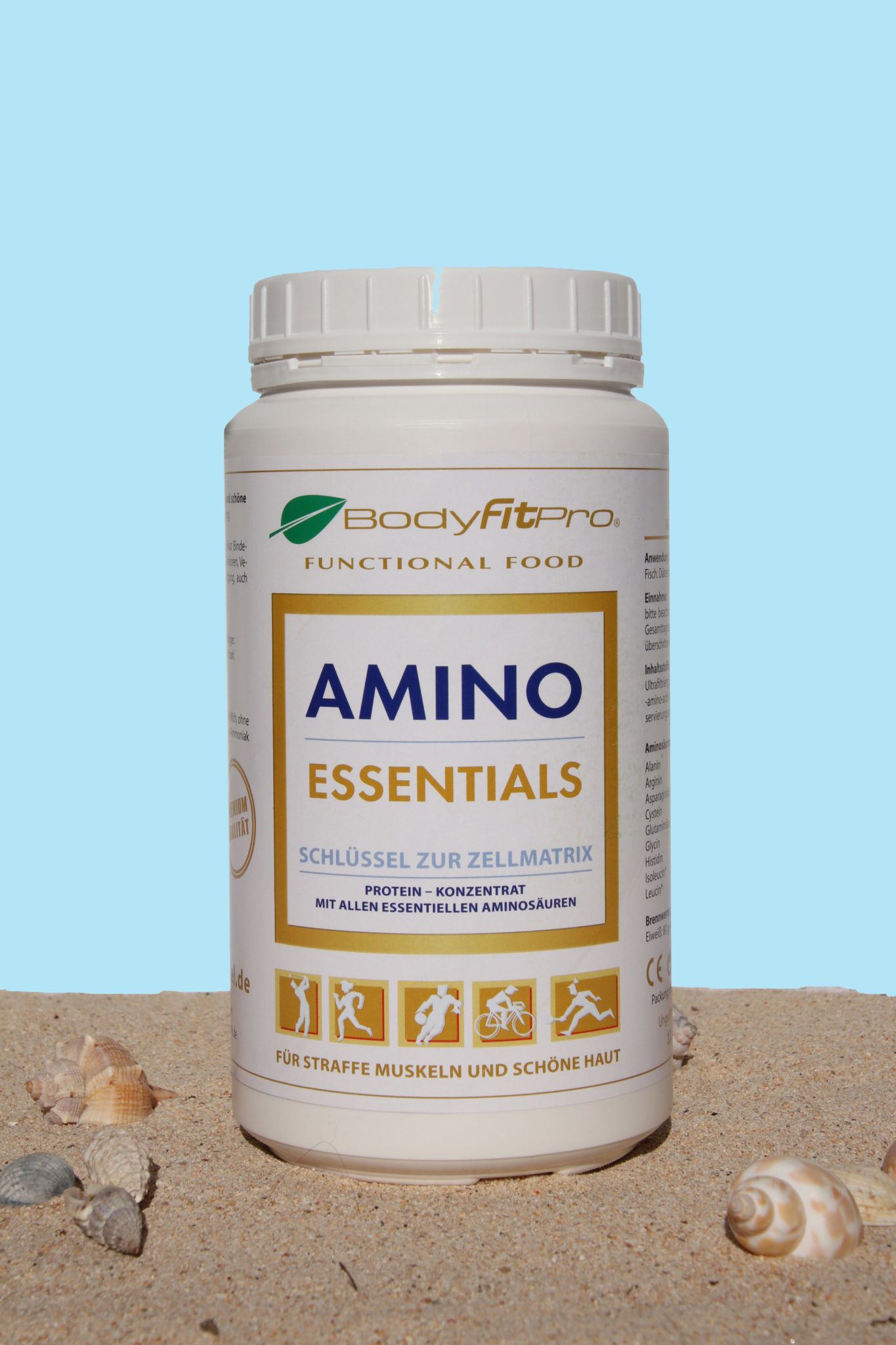 This means that the body fights against a foreign protein structure that is constantly being reproduced and destroys its own cells, which produce pathogens that cannot be removed. A vicious circle. The immune system is forced by this gene alteration to produce a never-ending inflammatory process and eats its own cells. As a result of this intervention, the immune system suddenly fights against its own organism and destroys it.

If a new contact infection occurs a few weeks or months later after the genetic treatment, a natural immune reaction of the body begins. It is possible that the body recognizes that all cells are infected and starts a generalized immune defense reaction against the pathogen and all endogenous cells, which could trigger a dangerous immune shock. (5) (6)

A defense reaction against cells foreign to the body is also known in organ transplants. Here, survival of the person receiving the organ is only possible as long as the body's immune response to the foreign DNA remains low-threshold. If this becomes too strong, the donor organ is attacked and rejected. In this case, of course, no synthetically modified pathogenic cells are involved and the intervention has been justified by pathology. Although in this case the genetic material is selected to be as similar as possible, where foreign DNA is involved, there is always the risk that the body will strongly fight the foreign cells.

Also the prospective customers of Adrenochrom rejuvenation products are deceived. (14) These products also contain foreign DNA that can lead to autoimmune reactions in the body.

One of the mRNA suppliers, was basically a producer of chemotherapeutics, not a vaccine producer. Genetic engineering used also has legal implications. By patented mRNA, vaccinated are, according to patent law, a GMO product and property of the patent holder. (9)

Biologically, it has been known for decades exactly what this gene-changing pathogenic envelope causes in humans. It can directly cause multiple sclerosis, lung disease, Alzheimer's disease and accelerated cancer growth. Once this gene change has occurred, no known drug or method can reverse it. There is also too little research on what specifically happens, he said. (11)

In this context, it is difficult to "vaccinate" oneself risk-free, to put it in technically correct terms, to be genetically treated in advance. According to recent reports, a vaccine manufacturer has cancelled its vaccines. An infection with subsequent recovery phase is considerably less risky.

It is to be recommended, so an institute for prophylaxis, before the inoculation treatment of the implementing physician a confirmation to let itself give, in which it takes over the adhesion for all legal physical damages fully. A manufacturer's guarantee, for physical integrity and an assurance that no damage remains, does not exist, he said. (7) (10)

Furthermore, hydroxychloriquine has been mentioned as a miracle cure for covid19 in publications. This has a disinfecting effect after oral ingestion, and is also effective against cells with anaerobic metabolism (cancer). However, this could be used only as a one-time treatment under guidance, but not as a constant precaution.

Also chlorine dioxide solution is under discussion. This can also be taken, but is also a therapeutic agent, not a vaccination. This can be used for strong, encapsulated inflammations. It is not useful for causal improvement of overall metabolism. It has far less positive effects on the metabolism than a regular, strengthening intake of hydroxins and alkaline suppliers. (7) 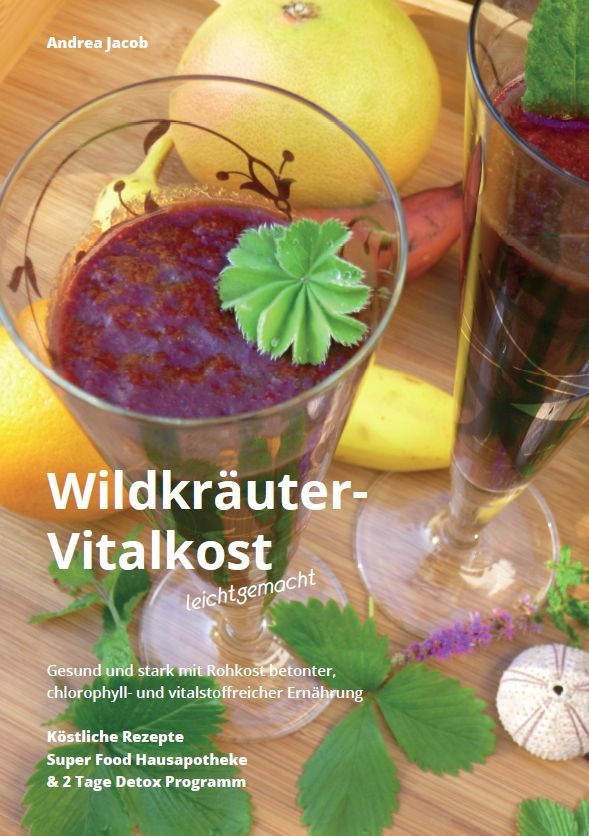 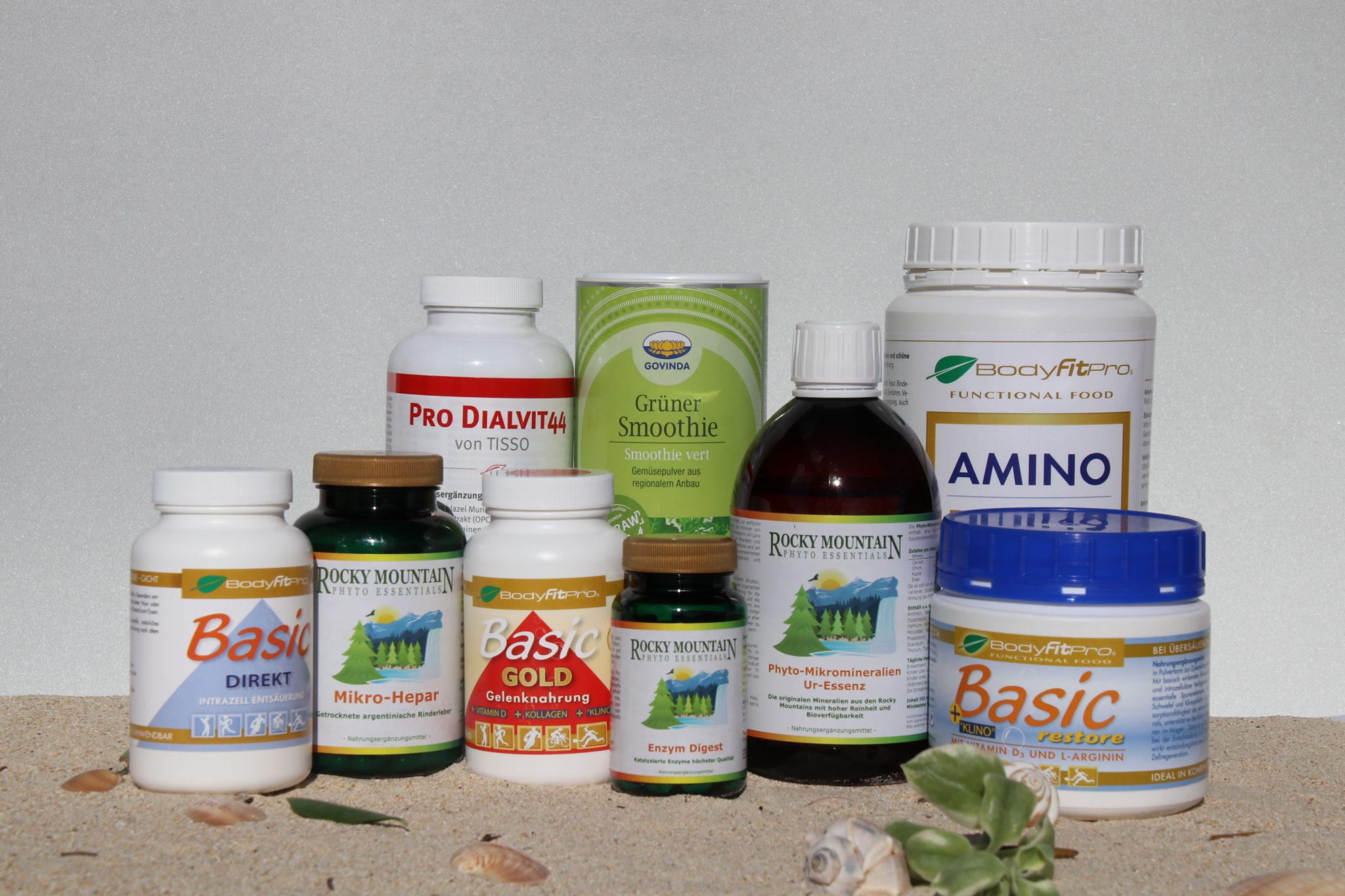 From a medical point of view, the possibilities of prophylaxis and effective protection in everyday life have not yet been given much public attention.

Here the following can be said by JaVitalFit:

Pathogens that cause influenza and infections such as the SARS CoV pathogens are best warded off by immunization via contact in childhood and an alkaline environment in the body (8) that can be maintained by regularly supplied alkaline minerals, natural antibiotic substances, and hydroxins. (7) 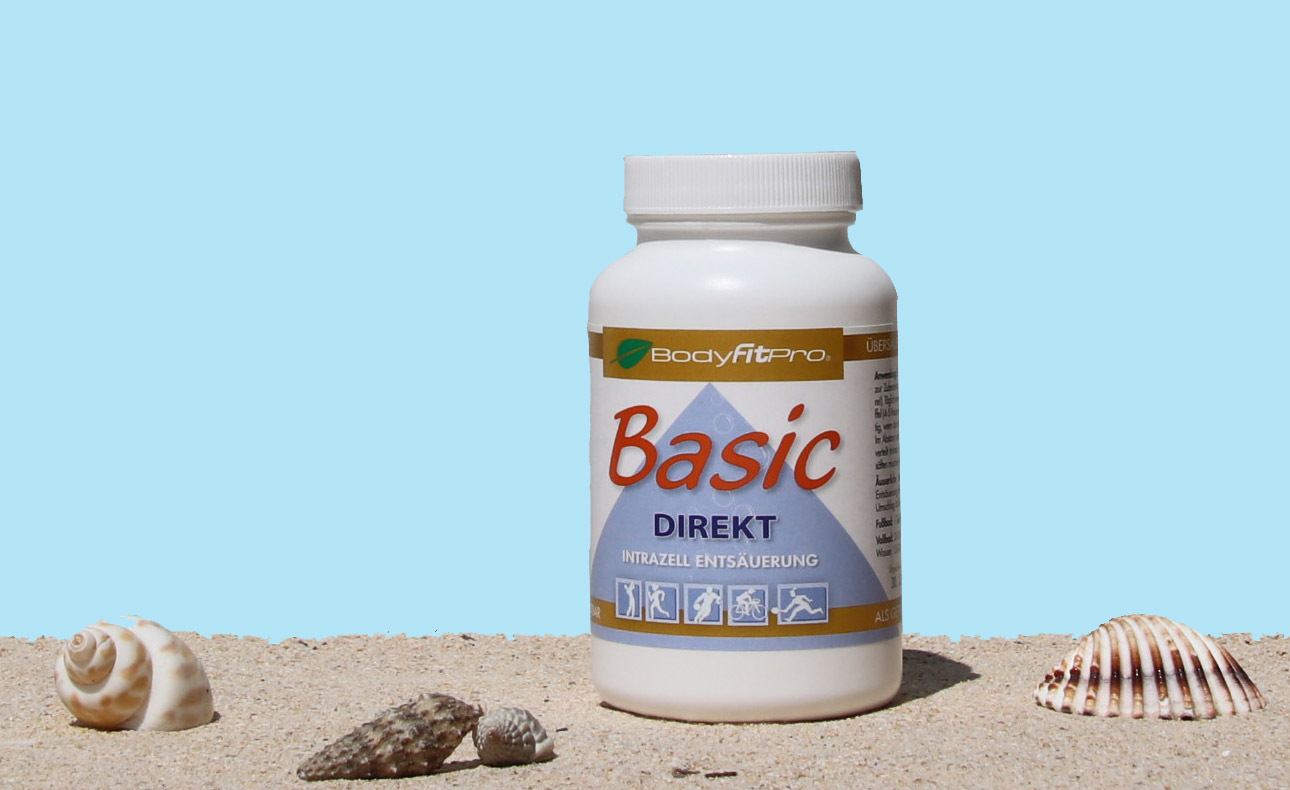 JaVitlFit has been cooperating for many years with a manufacturer of such an alkaline complex food supplement. A sufficiently high maintenance of vital substance levels in the body ensures a stable metabolism and thus an excellent immune system, which is able to let the immunization proceed asymptomatically.

If immunization results in a more severe infection, a higher daily dosage than the normal one of the alkaline complex agent can be used or the simple chlorine dioxide solution can be added.

Since every active substance treatment also costs money and time, a prophylactic use of these natural, completely harmless active substances, which protect the body daily and give it high performance and well-being, is preferable to the acute use of CDL. 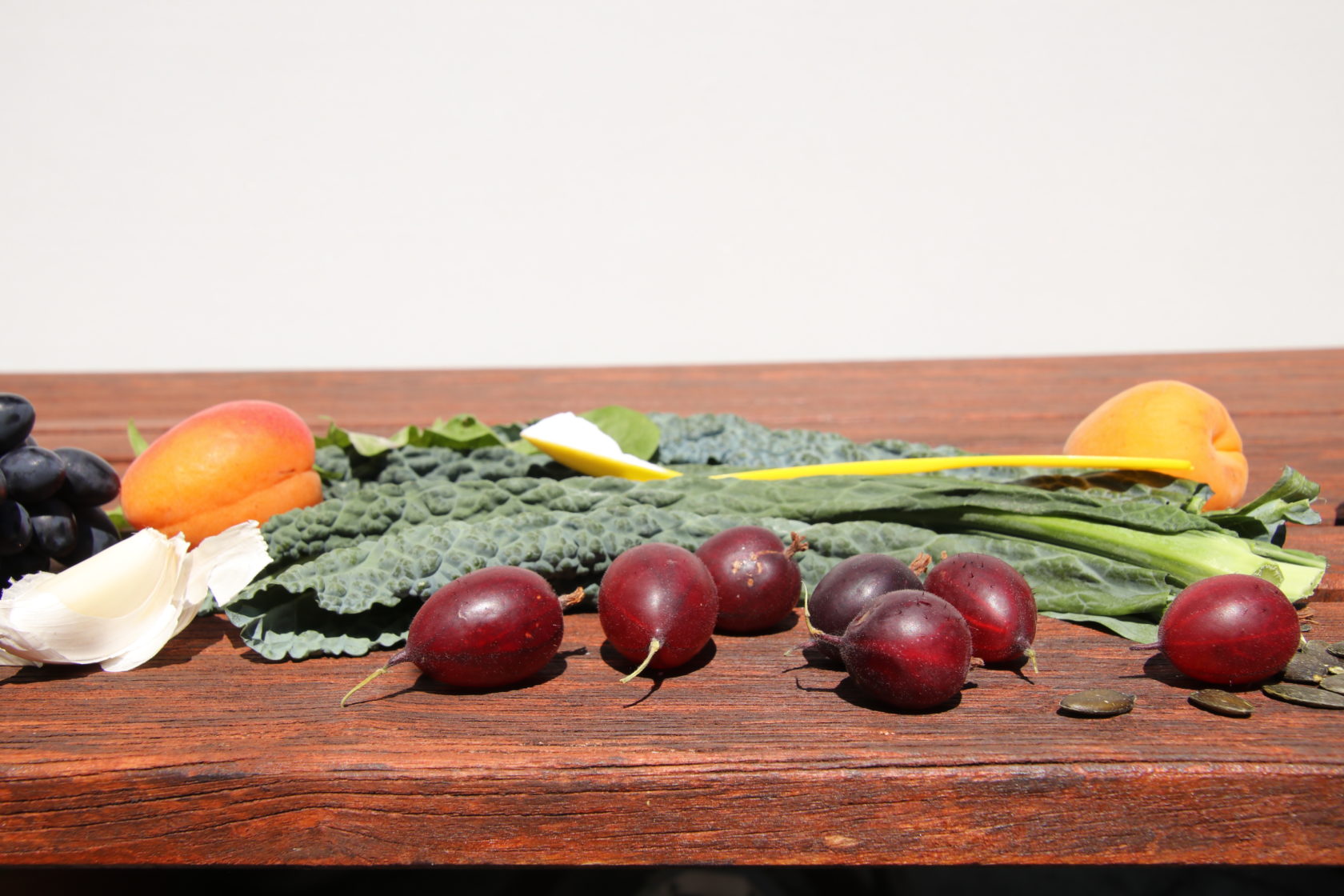 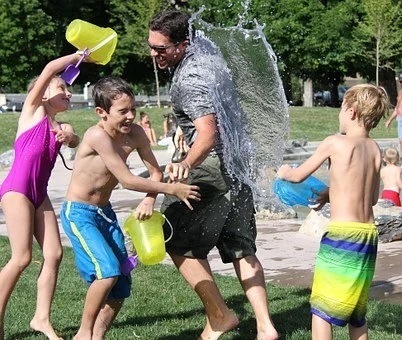 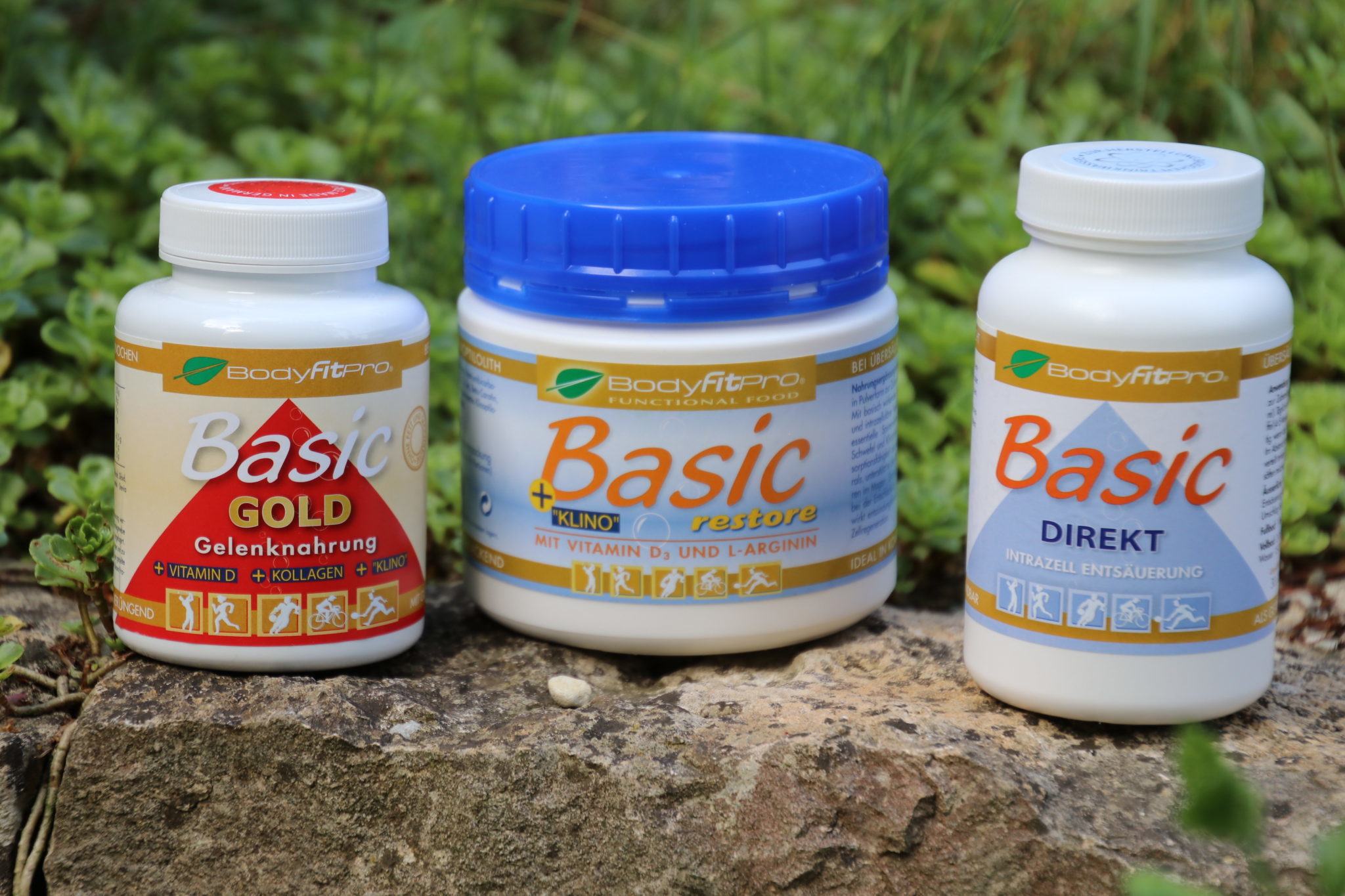 In justified cases, chlorine dioxide can of course be used for short-term application in order to ensure the protection of humans to a greater extent. For this purpose and in the case of pre-existing conditions, individual consultation should be carried out in each case. Here, too, there are relevant recommendations for a rapid improvement in the chances of survival.

In general, it can be said that a single agent is not sufficient. Only a simultaneous supply of all important missing substances provides the metabolism with the possibility to activate its immune protection measurably in the best possible way. (7) You can find more blog articles on the subject of health in our Blog.